These are common questions I have been asked since I started fxfjholden.com

How old are you? and where are you from?
I'm currently 50 years of age and currently reside in Melbourne (but have lived in almost every city in Australia).

How did you get involved in FX and FJ Holdens?
I'm really only ever got involved in FJ Holden's as I have never really owned an FX. My mother keeps telling me its because I came home from hospital when I was born in the back of my dads Blue FJ sedan, that's the reason, - who knows.

I remember my dad deciding in early 1986 to get another FJ, after owning one in the late 60's and early 70's. He bought a black FJ special sedan, in hindsight it was a piece of crap. I remember sitting in the back seat of that car a few days after he bought it thinking WOW, this is different, before I knew it I had bought my first FJ, as a kid the after school job of working at K-Mart helped buy the car.

How many FJ's have you owned?
Chitern Creme standard sedan which I still own to this day, I did at one stage own dads Mosman Blue FJ special sedan, I have owned an orange FJ ute with a 186 in it, I have also owned a panelvan in the early 90's. I currently have 4 FJ's 2 Vans, my Chiltern Creme sedan and my blue V6 Ute.

Have you been to many state Titles and Nationals for the FX or FJ.

I have been to quite a few.

If you have any questions to ask the webmaster please email fxfjholden.com and the replies will be answered on this page. 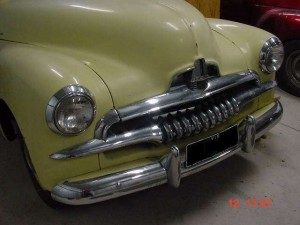 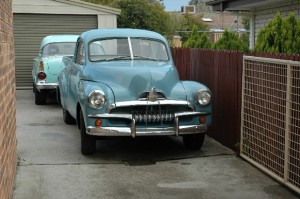